Great success of the WAV party in Madrid

in data febbraio 23, 2012
During the art week in Madrid the World Art Vision (WAV) staff visited all four fairs: ARCO, Art Madrid, Just Mad and Flecha and the most important international gallery owners were invited to a sensational party on 16th February 2012. The WAV party was extremely well attended and all had the chance to admire artworks by a selected group of WAV artists including two stimulating performances by Nam Hong and Marely Becerra that took place during the party. These are just a few of the important names of people who attended the WAV party: the art critic and journalist Tomás Paredes (La Vanguardia); the former Director of the Museo Picasso Barcelona, Rosa Maria Subirana; the President of the Reial Cercle Artistico in Barcelona, Felix Bentz; representatives from the Marlborough Gallery, Madrid, including Jara Herranz; the organizer of the art fair De Arte, Miguel Tugores; the famous artist Eduardo Naranjo; the Director of Art&Artworks, Fabrizio Pivari; the fashion event organizer, Agustin Nogueira and all the WorldArtVision team. The WAV artists in Madrid were: Marely Becerra, Mexico – digital photography Antonio Díaz Garcia, Spain - sculpture Christine Drummond, Brazil – paintings Nam Hong, Korea – paintings and performance Evelyne Huet, France – paintings Sumio Inoue, Japan – photography Lisbeth Sandvall, Sweeden – paintings Danish Saroee, Iran - photography Kensuke Shimizu, Japan – paintings Karl Stengel, Hungary – paintings Photos taken by Danish Saroee at the party can be seen at: http://www.flickr.com//photos/worldartvision/sets/72157629062023700/show/ 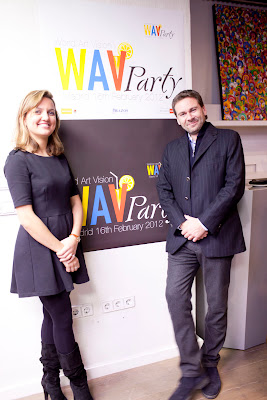 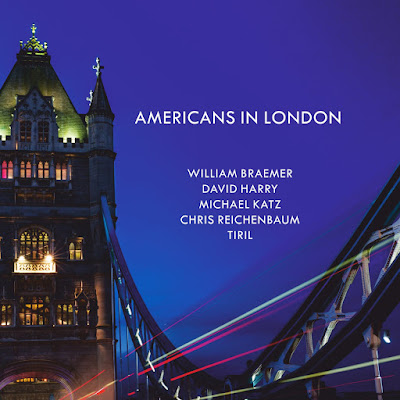 A celebration of five exciting American artists at a vibrant, landmark venue - gallery@oxo - on the cultural banks of the River Thames. Sophisticated art lovers and those just looking for something a little different can feel the joy of life itself, as absorbing colour and charisma invigorate the air of gallery@oxo on the Southbank open from 20 th -24 th July. The five artists - David Harry, Michael Katz, Chris Reichenbaum, Tiril and William Braemer - are represented both by Art Fusion Galleries in Miami, USA and Abba Gallery in Europe. William Braemer, artist and Director of the successful Miami gallery, ArtFusionGalleries and Vito Abba, curator of the show “ Americans in London ”, have worked together for a number of years and the stimulating idea of bringing ‘Americans to London’ appealed to their sense of enterprise. As curator Vito Abba recounts “When I was in Miami last December for Art Basel week and William suggested the idea of an exhibition in London for a particular 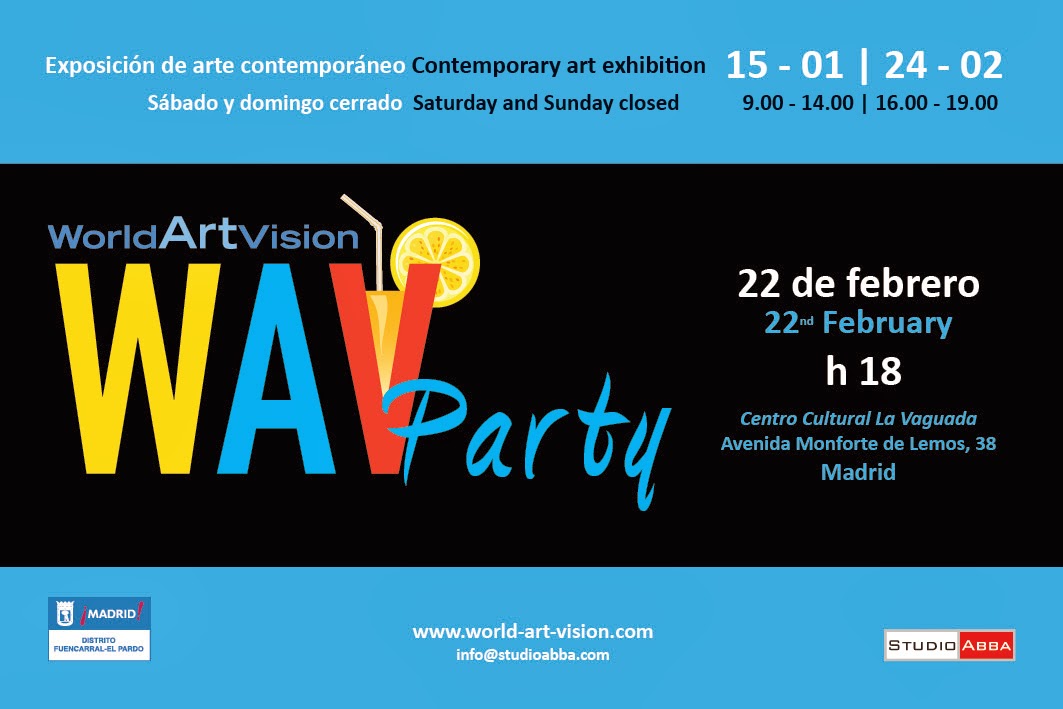 Following the success of the first edition of the WAV Party Madrid in 2012, a selection of artists from the World Art Vision (WAV) group return to exhibit in Madrid, this time at the Centro Cultural La Vaguada . From 15 th January to 24 th February 2014 , 22 artists from 11 different countries will exhibit 40 artworks that range from painting, to photography and sculpture. In particular, during the Madrid Art Week, that includes the world famous ARCO and other art fairs and events, the WAV Party will take place on 22 nd February at 6pm at this Centro Cultural La Vaguada , under the management of Manoli Ruíz Berrio. Invitations to the Party extend to the World Art Vision artists, but also gallery owners, journalists, critics and people from the art world who are in Madrid in that week just to see the new and exciting art on display. The exhibition is held in conjunction and collaboration with Llei d'Art Madrid 2014 . WAV is organised by Studio Abba in Florence, who 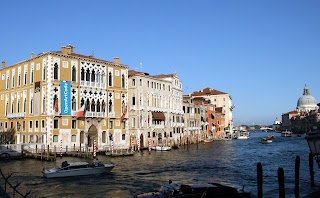 For the first time the OpenArtCode group of international artists will exhibit in Venice After the recent successful show at the Grand Palais in Paris in November 2015, the OpenArtCode group will exhibit in Venice at Palazzo Cavalli Franchetti. This historic building, located directly on the Grand Canal, is situated in the most visited area of Venice near the Accademia Gallery and the Peggy Guggenheim Collection. This is the heart of the cultural centre of Venice, where the famous Teatro La Fenice, Palazzo Grassi, Punta della Dogana, Palazzo Fortuny and Ca’ Rezzonico are also located. Forty-eight artists will be exhibiting at Palazzo Cavalli Franchetti under the umbrella of OpenArtCode during the world-famous Venice Carnival and all genres of art can be admired, including p ainting, drawing, sculptures, photographs, digital art and installations. OpenArtCode is composed of a group of renowned artists who have very different technical styles and their artistic formation